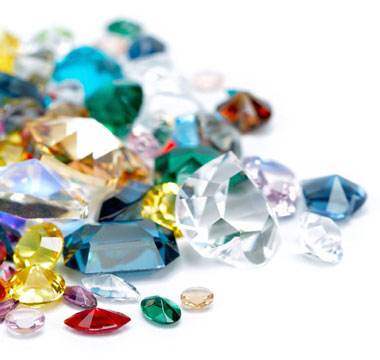 Birthstones are gems that humans have categorized by month. Depending on the month you were born, that stone becomes your birthstone. No one knows where the idea of the birthstone originated, but some researchers believe it is from the Breastplate of Aaron (the brother of Moses), a religious caftan arranged with twelve gemstones representing the twelve tribes of Israel. The following tables list the traditional and modern birthstones (note: there are even older gemstone lists, such as one from the Chinese that goes back over a thousand years).

* Modern birthstones were officially adopted in 1912 and sanctioned by the American National Association of Jewelers. They picked stones that were transparent and faceted so began the beginning of birthstone jewelry.